We’ve had a busy summer, pumping out Bandoleros, testing revisions and working on new designs. We’re making small updates to a lot of frames in the line up, and adding some new options and new frames as well. I’m not sure where to start so I’ll jump right in with the updates.

I’ll start by answering a question I’ve been getting non stop for the past two weeks… YES – RIP SQUEAK IS BACK IN STOCK. And, so are arms in all three sizes. Please accept my apology for the delay on arms. Our order has been held up and there was nothing I could do to get it here faster. But it’s here now, and it’s plentiful. AND IN PINK! Oh, and in case you missed it, we have new micro sized battery straps that are perfect for your RIP Squeak build. 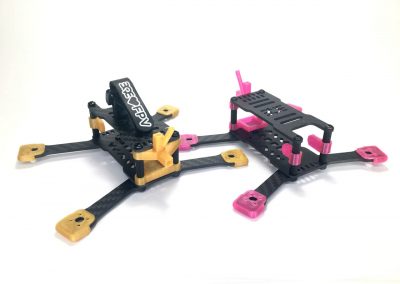 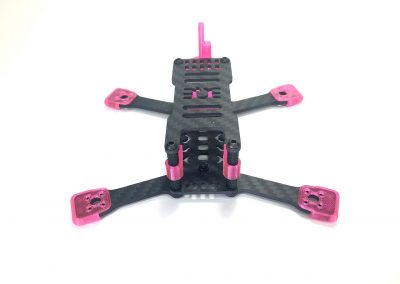 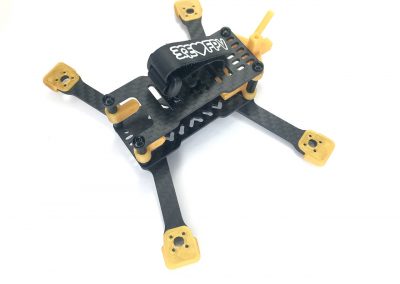 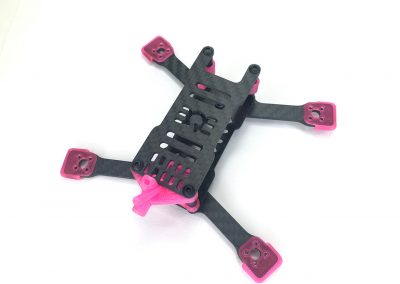 Grab a RIP Squeak
One of the things you guys have been asking for is more colors for Bandolero. We’re going to try this out, and will be offering new color packs as an option for new frames, and as replacement parts. In addition to the stock BQE Army Green, we’re starting out with Red, Teal, and Gold tpu packs. They’re printed, bagged and ready to ship, and they look sick. Especially that Gold… it’s a really nice rich color that is striking in person. Philly local and long time BQE insider Chris Penn made this happen. If you like gold, thank Chris Penn!

If there’s a color you gotta have, let us know and we’ll see what we can do for the next run. Please note that in these kits, we’ll be including the vented trunk design I showed off back in August. With so many pilots wanting to mount their VTX in the trunk, it seemed like a good option to include with the new colors. If you want the original trunk design in one of the new colors, contact us and we’ll hook it up. Also, if you want a color kit for your DJI HD Bandolero build, send us a message. 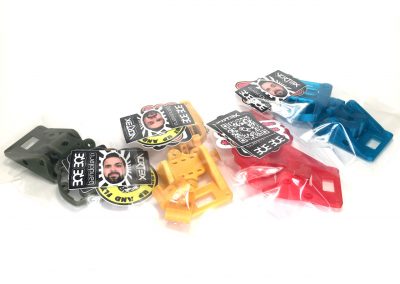 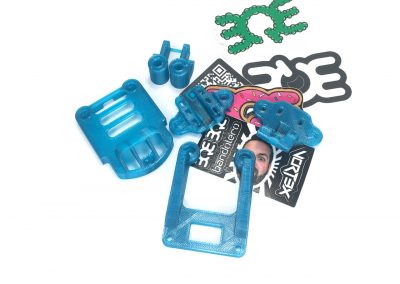 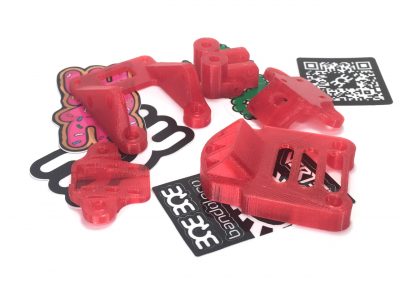 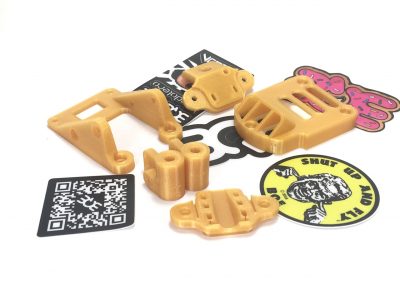 Check Out the COLOR PACKS
We’re updating the BQE 3AF with new hardware packs and TPU colors. That’s right! Your favorite 3″ dual stack tank is now going to ship with silver 25mm standoffs, and will have multiple TPU color choices for the included micro cam mounts and SMA antenna mount. The new colors will include BQE Army Green, Teal, Black and Pink, and we may do short runs of other colors based on demand. 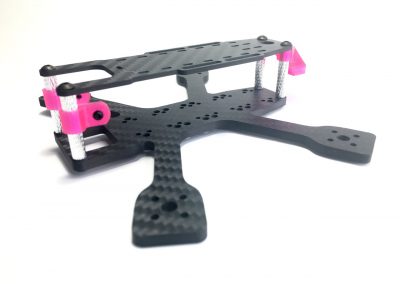 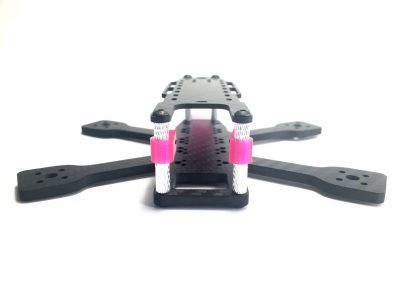 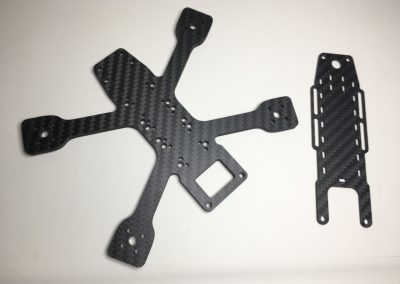 Check the 3AF
We’re also updating the BQE 5AFx. Yes, we’re going to be shipping it with those same sexy silver 25mm standoffs and new TPU color options as the 3AF, but we’re also going to be offering a third arm style option… 6mm chamfered arms. These things are beastly, and have been getting smashed all summer in test flights all over the country. Be sure to rewatch some of Bashers United’s videos and see the hell he’s been putting his 6mm 5AFx through. Low drag and thiccc for your pleasure. But why stop at new arms? We were sold out of 5AFx build decks as well, so we decided to push a little harder, and the new version now sports flush mounted, factory pressed press nuts… 2mm more room inside, and a smooth flat deck to build on. It’s so nice. 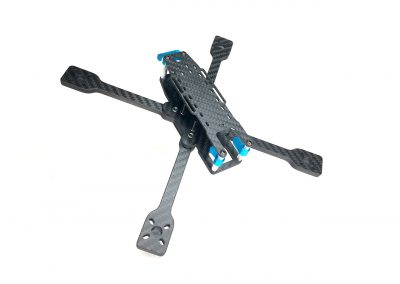 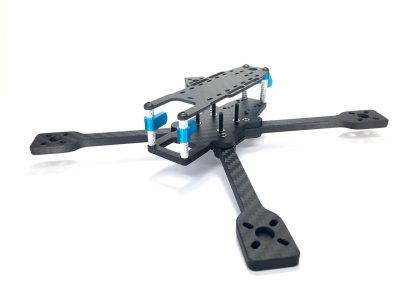 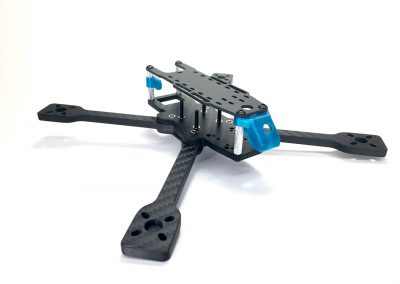 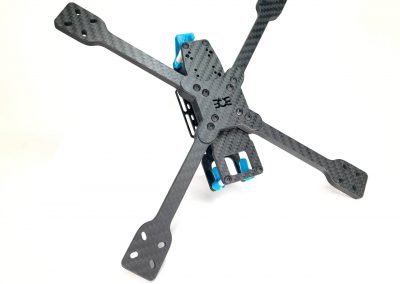 Check out the updated 5AFx
OH – I ALMOST FORGOT – We’re also going to stock a small supply of 3″ and 4″ 4mm arms for the 5AFx line up… so now you can frankenquad the 5AFx how ever you like. Build a 4″ HD tank. Build a slammed 3″ micro basher. Let’s see what you do with it.

Oh, and because the Skinny Bitch uses the same arms as the 5AFx… All these options will now apply to the Skinny Bitch… 6mm 6″ arms, Doug Crasher arms, the standard 4mm 5″ arms, and now shorter 3″ and 4″ arms… Lots of possibilities. And with all the new high amp 20×20 boards getting smaller and smaller, light weights like this are going to get crazy. Go nuts.

What else? Bot5 is back in stock, and with a new color scheme! It’s so nice… silver standoffs and Emerald Green TPU parts. 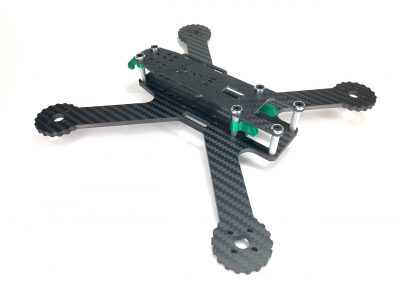 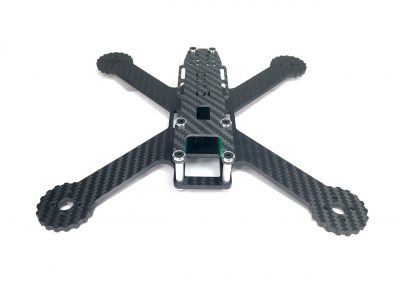 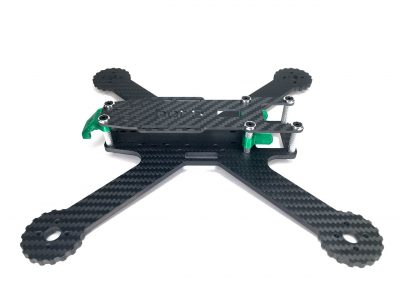 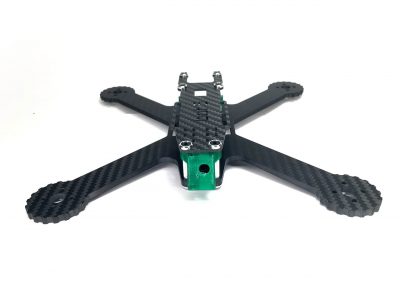 As if that isn’t enough, I’ve been working on a pet project for a long while now, and if the 3d printers will cooperate, it will be a lot of fun to finally get this out in the world. 2 years ago, when the 210 was still our flagship basher, I designed a pod for it to house a Go Pro Session, and protect all the components… It changed the way the 210 flew, it had a great balance, decreased drag, and a bit more room to build inside as well. If you haven’t seen what I’m talking about, it’s the Tank Top. I posted it to the store in the spring, but there was only limited interest in it at the time, because it was only available in 45º, and only fit the 210 frame, which is a bit beefier than a lot of frames are now in 2019. But, I’ve always wanted to build on the BQE 210 legacy, and even though the Session line is in dire need of an update, I still dream of the day I see a shiny new Session 5 Black hit the shelves. (Fingers Crossed LOL)

I wanted to make this a more usable thing, so, I decided to do some work. First, I recreated the Tank Top for 30º mounting, and refined both the original 45º model and the new 30º model to be stronger and print better. I’m still struggling with print quality for some colors in the 30º version, 3d printers don’t love 30º angles, and TPU can be an unpredictable beast to tame. LOL. But the results have been worth all the failed prints.

Then, I considered designing a new 210 for it to mount on. But unibody X frames aren’t really that popular right now, and are expensive to cut because of all the waste… and I wanted to build off the other testing and design work we’ve done with the AFx line up… So I decided to do a mash up, and merge the 210 with the 5AFx. I designed a 3mm thick build deck that has the same footprint as the Tank Tops, and the same arm mounting as the 5AFx. So, all those different 5AFx arm options can now be used to build a monopod bottom mount Session hauler for just about any purpose… I didn’t stop there tho, I also designed a TPU skid, which covers over the arms and bottom plate to make a larger, flat surface for bottom mounting the battery, and has a well protected TBS Immortal T mount in the nose of it which puts the antenna ends right below the arms, with no chance of a prop strike. There’s also a small trunk in the rear of the skid that can fit a crossfire RX or an LED, and channels in both the carbon and the TPU to pass wires without any fuss. Introducing the Stormer AFX.

And, since we realized that not everyone loves the Session as much as we do, and others might want a super compact race frame… We designed a top plate, SMA tail mount, and micro camera mounts for a traditional set up as well. It’s the Stormer AFX Race. 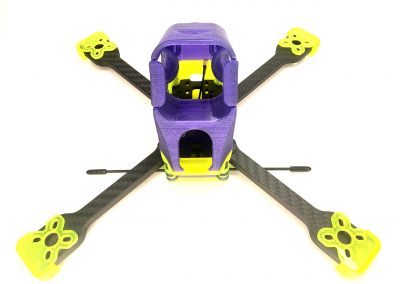 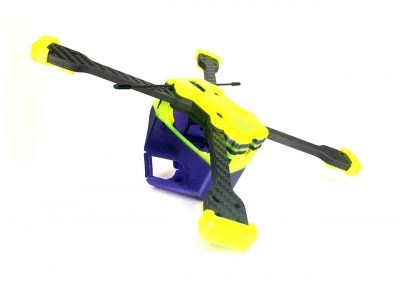 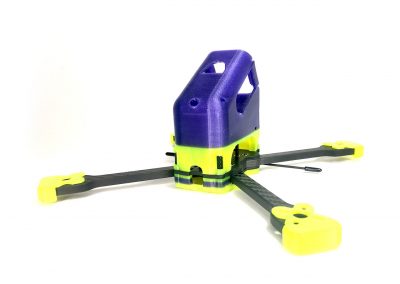 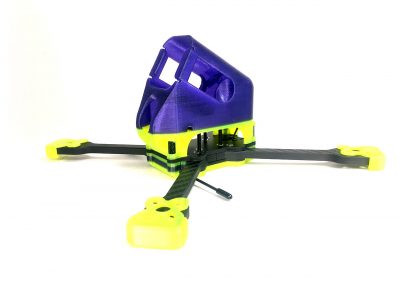 I want to tell you more, because there is more coming… but that’s all I can share for now. It may take a couple days to get the site fully updated with all the new product options and pricing but it’s on the way, and you can always shoot me a DM on Facebook or send us an email if you gotta have it right now. We’ll get you squared away in short order!

If you read all the way to the bottom of this, thank you! You rock.